How to Know When “Nice-to-Have” Becomes “Must-Have”

Hello from Baltimore, where I’m spending the week with my team.

It’s something I like doing a lot, because it gives us a chance to review ongoing investment opportunities, but also to do the research necessary to identify the next generation of profit potential.

As part of that, we spend a lot of time around the conference table, asking and answering questions about all sorts of things related to your money. And that’s what I’d like to talk about today.

In fact, we’ve got a great example of one longtime investor favorite doing just that right now.

It’s a company whose name is on the tip of a lot of investors’ tongues – both literally and figuratively – as you’ll see in a moment.

Now, I really wanted to dig into this one, and because I’ve got the video studio at my disposal this week, here’s my thinking: 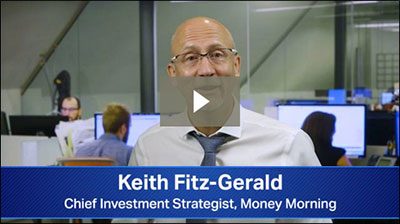 (Click to View)
Now, in the interest of time, here are some additional facts that’ll help reinforce the concepts we’ve just talked about.

A company can make the jump from nice to have to must have when its brand is wrapped in a much bigger Unstoppable Trend, as is the case with Starbucks Corp. (NasdaqGS:SBUX) and its payment system.

A few years ago, in 2011, there was an IDC Digital Universe Study called “Extracting Value from Chaos,” which centered on the role of big data. They weren’t talking about Starbucks specifically, but rather the size of the Big Data market as a whole, which at that time was a staggering $34.4 trillion.

That’s hard to truly quantify, so let me put it this way…

$34.4 trillion is roughly equivalent to the GDP of the U.S., Japan, China, Germany, France, the UK, and Italy combined. We’re talking about so much data here that you’d have to have 57.5 billion 32GB Apple iPads to hold the 1.8 zettabytes at hand.

The business benefits are staggering for every company that can latch on, and it moves Starbucks beyond the limitations of physical coffee cups, and into one of our Six Unstoppable Trends; namely, Technology.

I can’t understate the importance of this.

For example, according to HRBoss.com, companies that are able to manage and use data efficiently are…

• Three times more likely to execute decisions as intended – with better results…; and,

The reasons are straight forward when you think about it.

Starbucks Corp., despite the overwhelming headwinds desecrating other traditional brick and mortars, has announced the nimble roll out of the “Digital Flywheel” – a cloud-based commerce and inventory system that’ll tap the firm into a Big Data and cloud-based payment processing sectors projected for $203 billion and $162 billion, respectively, by 2020

And what’s really cool about this, is that it’s all transparent to the customers.

Starbucks’ move is a perfect example of innovation from a company that has two choices – get on board or get left behind.

Unlike some other brick and mortars we talk about frequently… ahem… Sears… ahem… Starbucks’ payment system successfully bridges the gap between customers and its products. In that sense, it’s no different than the ecosphere Apple is trying to establish but has yet to fully engage.

And it’s not just me that thinks so.

“Starbucks has been very successful in removing functional barriers and getting its digital and store operations teams to see the business from the customer’s perspective,” said Forrester principal analyst Nigel Fenwick. “They are a customer-obsessed company that uses digital capabilities as a means to create value for customers and thereby drive revenue growth.”

Starbucks is an important example of a company in transition for reasons that not a lot of people understand – present company excluded – because they don’t know how to blend an Unstoppable Trend with the emergence of new business tools like Starbucks’ “Digital Flywheel.”

We’ll be talking more about this in the future as other companies make similar jumps.

Jumps you’re well-positioned for because you’re part of the Total Wealth Family.

In the meantime, I’m going to go grab a latte.