There are thousands of investors in the market, but a rare few who are able to not just match, but outperform the market, over and over.

Whether you’ve been trading for a week or several years, chances are, you’ve found yourself frustrated, annoyed, or downright angry at a seemingly “sure thing” that did the exact opposite of what you thought would happen.

Or maybe, no matter what you trade, how you invest, or what you try, you can’t match the S&P 500, let alone beat it.

It’s not your fault. In fact, there’s a simple explanation, and it’s designed to keep investors in the dark –

It’s the ultimate private money club where hedge fund millionaires, traders, politicians, regulators are all shaking hands behind closed doors, scheming together to make yet another buck for themselves – at your expense.

You can’t beat the system, either. Wall Street is the system. And it’s designed specifically to take your money.

But you can certainly learn how to play it…

And play around it.

Editor Shah Gilani is that insider.

After years as one of the most successful traders with a seat on the Chicago Board of Exchange, he refined his knowledge of credit markets on the trading desk of Lloyds Bank. He’s also a seasoned veteran of old-line New York and Boston investment banks and trading houses. A former hedge fund manager, he’s made a lot of clients a lot of money.

He’s made a lot of money for his readers, too.

In Hyperdrive Portfolio, he uses his proprietary multi-layered trading system to predict the downfall of the worst stocks in the markets. The thing is, after years of testing, his system has a staggering accuracy rating; when a company winds up on its radar, it’s only a matter of time before it meets its demise. Right now, Shah’s keeping an eye on over 200 stocks across the U.S. market and is showing his readers how they can make ten times their money with every trade he gives.

If income is more your speed, Shah can help you there too. He’s helped call hundreds of 100% winners on some of the biggest names like Amazon and Apple… but without paying Amazon and Apple prices. He’s found the companies with the biggest dividend payouts and the

His trades are constantly outperforming the S&P 500… each individual pick does around 27% better on average, which is extra money in your pocket… not the Wall Street millionaires you hear about every day.

The bottom line: It takes two things to get ahead of the markets – an insider who knows how the Wall Street bigwigs work and how to find the stocks that are going to outperform the market, before they’ve taken off.

Shah has both of these things. And now, he’s working for you… 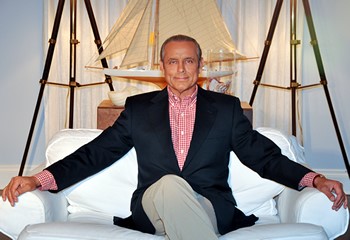 As a member of Total Wealth, you’ll not only get the latest dirt on Wall Street’s most crooked and covetous, you’ll get the latest and greatest stock picks, ETF recommendations, short and long plays, risk management strategies, and much more.

It truly is your guide to Total Wealth.

What’s more, you’ll get it all free of charge.

It’s time to build the retirement fund of your wildest dreams. And Shah, along with the entire Total Wealth team, is here to help.